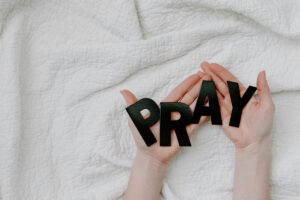 A new season is upon us. Autumn arrived on Wednesday, September 22 and with this new season comes growth opportunities for us as believers – to become stronger prayer warriors.

The fall campaign for 40 Days for Life launched earlier this month. Throughout the world, people gather near abortion clinics to pray for the women walking into those facilities, for their unborn, and for the workers inside the clinics. What began in 2007 as a small group that gathered in College Station in Texas now encompasses the U.S. and countries around the world. That’s what prayer can do – expand horizons, deepen convictions, and create results. Pray for the campaign, the volunteers, and all who walk into or work at abortion clinics.

The Supreme Court takes up the case of Dobbs v. Jackson Women’s Health regarding Mississippi’s “Gestational Age Act” later this year. The justices need our prayers, as do the attorneys representing the state of Mississippi.

Recently, big tech companies like Google censored ads about abortion pill reversal, stripping paid advertisements from organizations like Heartbeat International, which oversees Abortion Pill Reversal and the Abortion Pill Rescue Network (consisting of doctors, nurses, and other medical professionals) and Live Action. Pro-life Congressionals stepped in to demand answers. Additionally, a doctor in the United Kingdom can no longer offer the reversal protocol because of “Interim Orders Tribunal” hearings after complaints were made to the U.K.’s General Medical Council (GMC) from abortion provider MSI Reproductive Choices, and the Royal College of Obstetricians and Gynecologists.

These organizations and individuals need our prayers.

Our own billboard about this documented process (which has saved more than 2,500 unborn lives from abortion during the past 15 years) was not allowed by a major company. Thankfully, a gracious donor provided land outside of Douglas and a men’s group constructed the board so that women driving back from Colorado can learn of the hope (and truth) of saving their children. True Care is prepared to help them when they call.

Our annual Making a Difference Fundraising Dessert is set for Thursday, September 30. True Care needs your prayers. We need hearts to be stirred to support our ministry … and the women and babies whom we serve.

As a whole, the pro-life movement needs strong prayer warriors. Life is being attacked. Women are lied to and kept from true ‘choice.’ Genocide within the womb takes place daily. More than 60 million lives have been lost to legalized abortion since Roe v. Wade because the humanity of the unborn has been taken away. Life is winning on many fronts, but the assault and war is endless … and comes from many angles.

This is the season for big, bold prayers! “You desire but do not have, so you kill. You covet but you cannot get what you want, so you quarrel and fight. You do not have because you do not ask God,” says James 4:2. 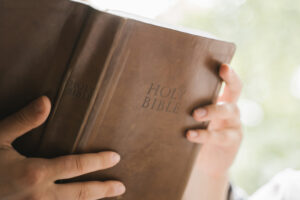 Walls around Jericho fell because the people prayed and obeyed. Joshua asked for the sun to stand still so the Israelite army could fight during daylight, and his request was granted (Joshua 10: 12 – 14). Elisha prayed for God to restore the life of a young boy … and it was done (2 Kings 4:34). Jesus multiplied fish and bread to feed thousands of people, and His disciples and apostles performed numerous miracles throughout their lives. Many of us have witnessed miraculous healings and other wondrous signs after diligently praying. Jesus reminds us, “…with God all things are possible” (see Matthew 19:26) and “What is impossible with man is possible with God” (Luke 18:27).

Let us boldly ask God for what seems impossible. Jesus tells us, “Ask and it will be given to you; seek and you will find; knock and the door will be opened to you” (Matthew 7:7).

In her book Believe Boldly, author Erica Willis says, “We are armed and ready to fight, not with swords and guns and bombs, but rather with prayer and self-discipline.” Christian author and speaker Stormie Omartian is noted as saying, “As prayer warriors, we must remember that no matter how hopeless a situation may appear to us, God gives us power in prayer to do something about it.” She is also quoted as saying, “Even though Jesus put the enemy under His feet and won the victory for us, we still must move into that victory. There are still battles to be fought in prayer.” 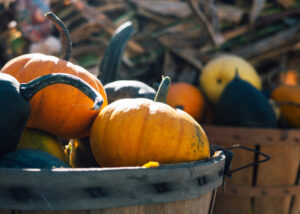 Autumn is here – a time of harvest. Let us ask, seek, and knock. May we harvest the blessing of prayer not only for ourselves and our families, but for our community, our country, and the hurting and vulnerable of this world.

If you desire to become a bigger, bolder, and more effective prayer warrior, visit these websites to discover amazing prayers and Scriptures to use in your life and the lives of others: