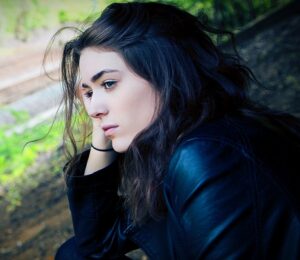 She said her boyfriend beat and raped her. Another patient experienced verbal and physical abuse. Yet another patient told our Advocate she was sexually assaulted after her drink was spiked. Another danced at a local strip club, and though she said she controlled her own money and life, our Advocate feared she might be a victim of sex trafficking.

These women didn’t live in Denver or New York City – they lived in Wyoming. A few lived in Casper while other traumatized women traveled a long distance to come to our center.

An article published in December 2019 in the Casper Star Tribune indicated nearly 1,000 people were arrested for domestic violence the previous year in Wyoming. “The vast majority of domestic violence is perpetrated by men and against women. And, per law enforcement statistics, almost all reported domestic violence takes the form of an assault,” the reporter noted.

Teens are not immune. In fact, February is Teen Dating Violence Awareness Month. In Wyoming, more than 10 percent of high school students reported being intentionally physically hurt by a dating partner.

Another type of violent assault perpetuated primarily against women is sex trafficking. Although men can be trafficked in that way as well, just as men can experience domestic abuse, it’s estimated that women and girls make up more than 70 percent of sex-trafficked victims.

According to the National Human Trafficking Hotline, 12 cases of human trafficking were reported in Wyoming in 2019, eight of which were sex trafficking cases. Most victims were adult women, however, a few cases involved minors, and some victims were foreign nationals.

Trafficking, including sex trafficking, is a hidden crime. Many ‘services’ are bought and sold online, and major events, such as Cheyenne’s Frontier Days, draw traffickers. In 2017, the FBI stopped a major child trafficking ring that involved people from Colorado and Wyoming; even babies and toddlers were being ‘sold.’

Within the past few years, a spotlight has shown on the incredible number of Native Americans, especially women and girls, who have gone missing or have been murdered. The U.S. Justice Department reports the murder rate of Native women is 10 times that of the national average, and that homicide is the third and fifth leading cause of death in Native girls and women 10 to 34 years of age.

In 2019, President Donald Trump signed an executive order tackling this issue with the creation of a national task force, including opening cold cases throughout the country. That same year, following the example of other states, Wyoming Governor Mark Gordon created a task force to address the missing and murdered from the Wind River Reservation. One mother living on Wyoming’s only reservation lost two daughters within a year of each other. 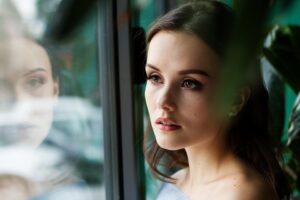 We Should All Be Aware

These situations are real and sadly, not rare. As a pregnancy resource center, we at True Care need to be prepared to help women who experience sexual assault, domestic violence, and human trafficking.

Our staff is learning how best to help such women, including those from Fremont County. An online training is provided by a new Wyoming entity called Engage Together, and a Sheridan organization called Uprising plans to conduct an in-person sex trafficking health-care oriented training for us in May.

Every Wyomingite should be concerned about these horrific crimes and be prepared to help. Faith-based organizations and Christians need to recognize such violence breaks God’s heart. Jesus loves and values women – the stories of the woman caught in adultery, the Samaritan woman at the well, the woman with a bleeding disorder, and many others showcase God’s love for women. As His people, we need to extend that same love and be prepared to be that Good Samaritan.

A short (2 minutes, 15 seconds) video was recently created by a church in Cheyenne. Its purpose is to make us all more aware of human trafficking and what we can do. Watch it here: https://drive.google.com/file/d/1D83ZxHYLQPHZ9AeX5ydHCFyze9bhB0y8/view

Pray for the women and children who are trafficked, for those in abusive homes, for those who experience sexual assault, and for Native women who live in atmospheres of violence. Pray for Good Samaritans and organizations who help survivors. Pray for True Care as we make ourselves more aware so that we can be God’s hand of love, grace, and mercy to any woman experiencing violence whom we meet.